ANALYSIS OF PRICES ON THE TRAVEL MARKET

THE LARGEST COMPANIES ON THE TRAVEL MARKET

PERSPECTIVE DIRECTIONS OF THE TOURISM

STATE REGULATIONS OF THE MARKET

FORECAST OF THE RUSSIAN TRAVEL MARKET DEVELOPMENT FOR 2012-2015

Ministry of agriculture of Russia

VOLUME OF THE RUSSIAN TRAVEL MARKET

About a half of all proceeds of organizations of complex touristic service in 2011 belonged to Saint Petersburg, over one third belonged to Moscow. Agencies of Khabarovsk Territory – 4,1%, Nizhniy Novgorod and Sverdlovsk Regions worked actively – 1,5% and 1,2% respectively. Other regions had not more **%.

In the first half of 2012 over 6,4 mln citizens of Russia went abroad, while the number of incoming foreigners amounted to *** ths people. And 14,5% of incoming visitors were citizens of Germany, and 11,4% - China.

ANALYSIS OF PRICES ON THE MARKET OF TRAVEL SRVICES

The most expensive type of living in Russia was sanitary health resort living. In 2011 the average cost amounted to 1 **9 rubles/per. days. The highest prices were marked in Astrakhan Region and Republic of Karachaevo-Cherkessia – *** and 2 504 rubles. respectively. The cheapest living was marked in Ingushetia and Kalmykia – 549 and *** rub/per days.

Since 2006 prices for accommodation in all types of places increased almost two times. The price for hotels increased by 96% and reached 1 **9 rub/per days.

Stability of the state budget

1.3.Position of Russia in the world

3.VOLUME OF THE RUSSIAN TRAVEL MARKET

3.1.Dynamics of the travel market volume

3.2.Activity of travel agencies in Russia

Dynamics of international tourism from Russia

Dynamics of incoming tourism to Russia

4.ANALYSIS OF PRICES ON THE TRAVEL MARKET

4.2.Prices for living in Russia

4.3.Costs of Russian tourists for rest in European countries

5.1.Trends of the market of online booking in Russia

5.2.Volume of the Russian market of online travels

5.3.Structure of the market of online booking by types

5.4.Dynamics of the demand for online booking of travel services

5.5.Online market of travel services in other countries

6.THE LARGEST COMPANIES ON THE MARKET OF TRAVEL SERVICES

7.1.Development of the Russian travel market

8.2.Luxury-tourism on the Russian market

9.STATE REGULATIONS OF THE MARKET

9.1.World experience of the regulations in the field of tourism

10.FORECAST OF THE RUSSIAN TRAVEL MARKET DEVELOPMENT IN RUSSIA FOR 2012-2015.

5. Dynamics of share of the unemployed in economically active population by FD of RF in 2006-2010, %

14. Dynamics of the volume of international travel market in 2010-2012*, billion dollars

16. Dynamics of revenue volumes of the Russian travel agencies in 2005-2011, mln rubles

17. Dynamics of revenue volumes of organizations of complex touristic service in Russia in 2005-2011, mln rubles

19. Dynamics of the Russian international tourism by the largest foreign countries in the first half of 2011-2012, people

20. Dynamics of the Russian incoming tourism by the largest foreign countries in the first half of 2011-2012, people

21. Distribution of tourists according to the cost of travel tickets in summer period of 2012, %

1. Regional structure of revenues from complex touristic service in 2011, %

4. Structure of the Russian market of online booking by types of services in 2011, %

5. In what degree corporate travelers need advice of professionals in the coming years, %

1. Number of population of the largest cities of Russia according to All-Russian Census of 2010, ths people.

2. Volume of revenues from activities of touristic agencies by regions and federal districts in 2008-2011, ths rubles.

3. Volume of revenues from activities of organizations of complex touristic service by regions and federal districts of RF in 2008-2011, ths rubles

6. The largest enterprises with the main type of activity by ARCPEA “activities of touristic agencies” in 2011, revenues, profitability

7. The largest enterprises with the main type of activity by ARCPEA «touristic and travel services providing» in 2011, revenues, profitability

1. Needs of clients in the frames of upper and lower boundaries of VIP-services 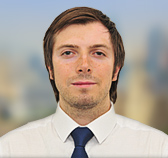